What? Look, this kind of topic was forthcoming from me. Anyways, these are all my opinions of course. Course, I'm pretty sure only a handful of people will get this, but let's go for it. Obvious one is obvious. Let's go over the checklist, shall we?

Main Character, perhaps even the primary main character - Check, Twilight is Twilight, and Tanahashi was in such demand by the fans that his match vs Nakamura for the IWGP IC Title at an earlier Wrestle Kingdom got voted as the main event. OVER THE IWGP HEAVYWEIGHT TITLE MATCH.

Being beloved by the fans and having a lot of friends - Super Check. Tanahashi's good friends with a lot of people, including his rivals. The only ones he really hasn't at least seen eye to eye with are well... Okada and all the random heel stables like Suzukigun(Currently in NOAH) and Bullet Club. While Twilight has had a bit of a polarization with being a Princess, she's still a lovable character, at least, in my opinion.

Royalty - Check. Princess Twilight is Princess, while Tanahashi is one of the 'three kings' of NJPW, and possibly could make his case for being it's ace/number one/crown jewel.
------------------------
Rainbow Dash/Katsuyori Shibata 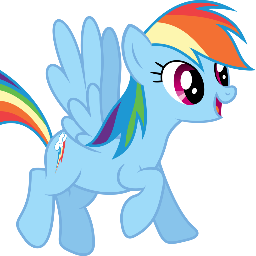 This is where I would have made the Shinsuke Nakamura speech, but he went to WWE, so I have to find a replacement. Just like I'll have to do with Applejack/AJ Styles next time since AJ left for WWE also. That's all completely fine.

Shibata is a beast and ultra competitive, and loves to beat up everything. Remember Dash's dream when she was fighting all the changelings? Yeah, that seems like a dream Shibata would have.. just substitute the changelings for opposing wrestlers and you got something realistic there. Shibata is also getting pretty popular with the fans for his no-nonsense style and his ability to kick your face off your head. Which is what I think getting hit with a Sonic Rainboom might do to normal ponies.

No, seriously, kick him more.

Anyways, yeah, this is the first of a three part series, mainly because I want to cover a pair of ponies and end part 3 on a trio.